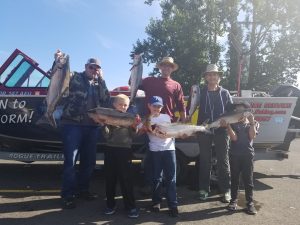 Fall run of king salmon begins in August at Buoy 10, which is at the mouth of the Columbia River near Astoria, Oregon.  Fall salmon run through September and into October. In the fall we catch plenty of coho salmon, also known as silvers.

Fall run of king salmon are typically larger, with some runs being over a Millon salmon returning to the Columbia River and plenty of Coho salmon around.
Tillamook Bay opens September 1st and salmon fishing there runs through the middle of November, depending on the weather. 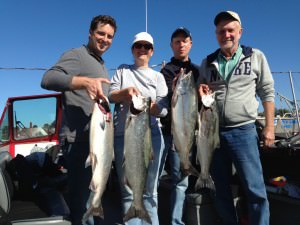 King Salmon On the Columbia River