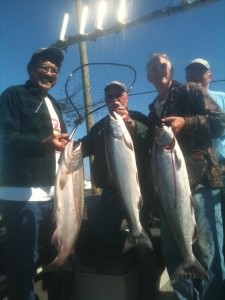 King Salmon on the Columbia River

Columbia River is a beautiful river that borders Oregon and Washington. You can find some of the best Salmon fishing and Sturgeon fishing around in the Portland, Oregon and Vancouver, Washington area.
The Columbia River will get 3 different runs of Salmon. First run is the Spring Salmon witch will start in March. We will usually fish for the Spring Salmon into the early part of June. Also in June we start the summer run of Salmon witch lots of people call HOGS. We only get a very short season to fish for salmon in June, but it is some awesome fishing. Then we have the big fall run of salmon witch starts at the mouth of the Columbia River in August and runs until early part of October. This is usually the biggest salmon run of all three, and most of these are wild fish. So if you are looking to catch a Salmon on the Columbia River and you are in the Portland, Oregon or Vancouver, Washington area you’re in luck, we can hook you up.

Columbia River also gets a huge run of Summer Steelhead I start fishing for in early July.

If you want to catch a Salmon. Steelhead or a Sturgeon then call Marvin’s Guide Service and get hooked up in a covered and heated boat. 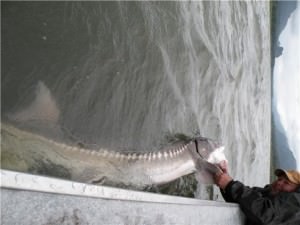 9 foot Strgeon on the Columbia River